Its nearly Christmas, which means its time to dust off everyones favourite board game - Monopoly - and fight over who gets to be the banker (me, obviously). Whilst a new updated version of the game now uses credit cards to track your money, nothing beats the original; complete with (well-worn) paper money and the ability to buy Mayfair for £400.

That £400 figure is based on the game being created in 1935 (although it was originally released in 1903 entitled The Landlords Game). So, as 2021 comes to an end, it serves as the prelude to my annual look at how Chichesters modern-day Monopoly board would stack up.

With around 471 streets in Chichester (PO19 postcode district only), it would take a long time to make it around the full board, so Ill pick out a few notable mentions.

Lets start with Old Kent Road; the cheapest space on the board. In Chichester that spot would go to Lennox Road, with the average property on the street valued at £173,000. Located close to St. Richards Hospital, the street mainly consists of flats; many housing just a single person, the majority of which are renting (with a mixture of social and private tenants). 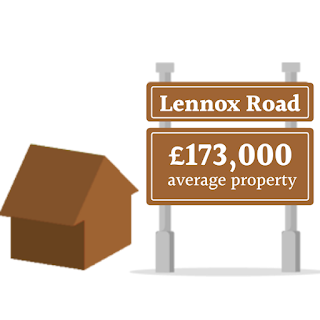 The Strand is halfway across the Monopoly board and today in Chichester this spot would be occupied by Sherborne Road. It is the main thoroughfare through Parklands, passing its park and parade of shops along with 130 homes; most of which are 1930s-built semi-detached houses with driveway frontages. Their average value of £419,000 closely matches Chichesters average property value as a whole (£416,000). 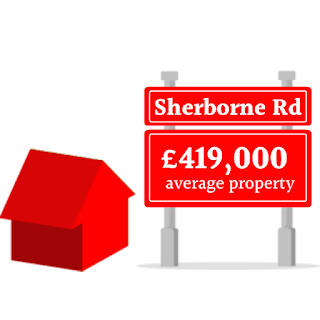 And whats the Mayfair of Chichester? Well, the most expensive street in Chichester for the second-year running is West Street. The average property in this city centre street, with the Cathedral on its doorstep, will set you back £1,214,000. Quite a few of the buildings have been recently upgraded or converted, including a beautifully restored seven-bedroom Georgian home that sold for £2.525m in September 2020. 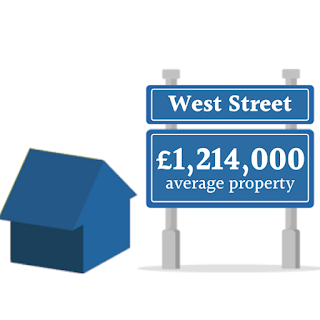 So, what type of Monopoly player are you? Its always interesting to note the different styles of play, which seem to mimic landlords real-life dealings. Some like to accumulate the cheaper properties, receiving multiple rents, whilst others prefer to save up for the premium plots, every so often bringing in a kings ransom.

If youre thinking of getting into the landlords game for real, be sure to follow my Chichester property market updates throughout 2022 by visiting www.bit.ly/chipropertynews.