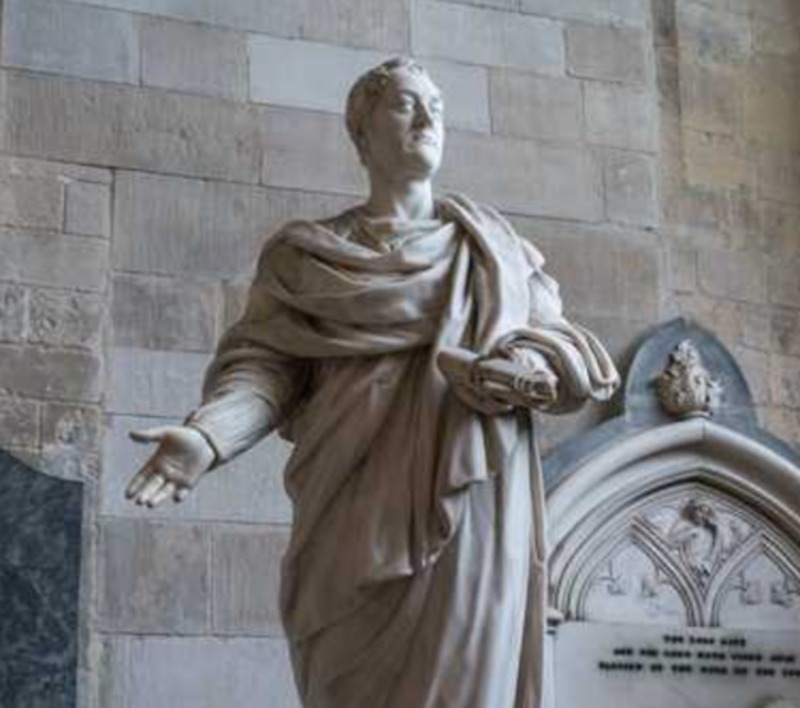 William Huskisson was MP for Chichester from 1812 -1823 and, for this reason there is a statue erected to him in Chichester Cathedral created by the sculptor John Edward Carew. It was commissioned by the 3rd Earl of Egremont and public subscription and was installed in 1832.

He was recognised as one of Britain’s leading economists. He held several positions of note, including Secretary to the Treasury, President of the Board of Trade and Leader of the House of Commons.

Sadly despite his position and his talents he is most famous for the manner in which he died. On 15th September 1830 he attended the opening of the Liverpool to Manchester railway. In actual fact, he shouldn’t have been there at all as he had recently had surgery and was there against his doctors orders. However through an unfortunate set of circumstances he was struck by Stephenson’s Rocket and suffered horrible injuries from which he later died.

Listen to the BBC Podcast which tells the sad story of his death and compares it with the first fatality caused recently by a driverless car.