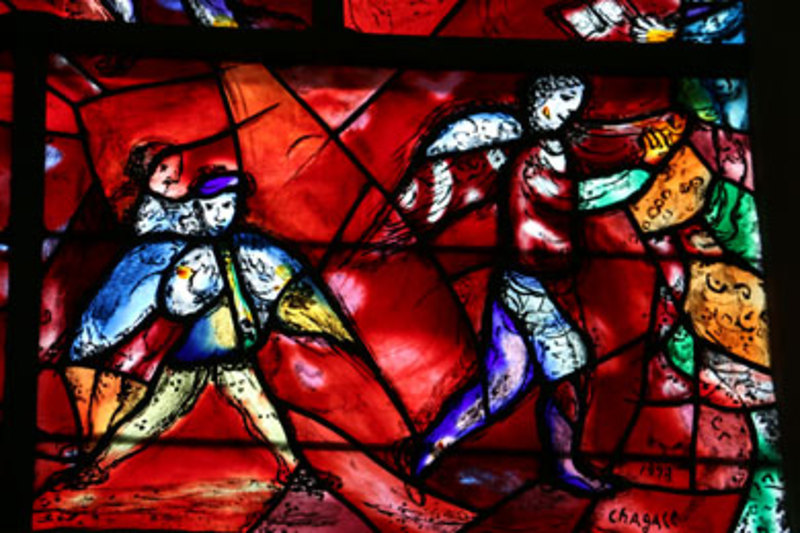 The Chagall window on the North side of Chichester cathedral was designed and created by Marc Chagall who was then aged 90 and it was his last commissioned work. It was also the last work that the indefatigable Walter Hussey had commissioned during his term as Dean of the Cathedral. Chagall’s windows created for the Jerusalem Hadassah Medical centre were exhibited in the Louvre before being fixed in Jerusalem and this is where Hussey had seen them in 1960. These 12 windows represented the 12 tribes of Israel and these and the Cathedral window are the only glass by Chagall which are predominantly red; his preferred colour was blue. The red also reflects the colours of the Benker Schirmer tapestry nearby. It was inspired by Psalm 150; ‘Let everything that hath breath praise the Lord’ at the suggestion of Dean Walter Hussey. The window was unveiled by the Duchess of Kent in 1978