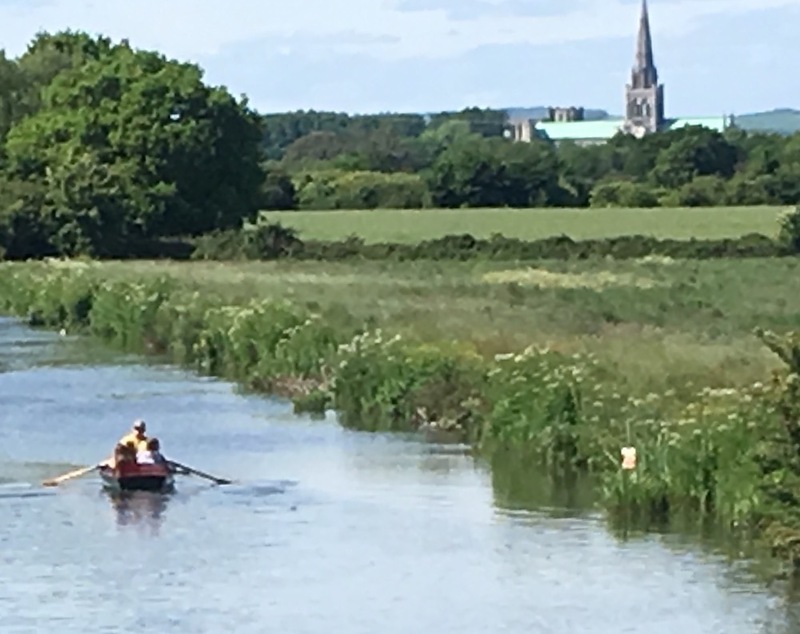 On Saturday 9th April the Chichester Canal will be two hundred years old. It is going to celebrate this very big birthday with a very big party at the Canal Basin in Southgate, from 11am until 3pm. The Trustees of the Chichester Ship Canal are delighted to extend an open invitation to everyone to attend this free event. During the day there will be a flotilla of boats on the Canal, with a real spectacle on the water. Around the Basin on dry land the entertainment will include live music, food stalls, children’s activities and many other attractions.

Back in 1822 on that same day, April 9th, there was a similar celebration to mark the opening of the Canal. It wasn’t for the whole length of the Portsmouth and Arundel Navigation as the section from Hunston to Ford was nowhere near ready. Instead, it was for the branch from Birdham up to the Canal Basin at Chichester.

The grand day didn’t quite go to plan. John Marsh, the famous diarist, recorded that ‘there was a cold easterly wind’. Although he was aged 70 and had a cough he decided to join ‘a great concourse of people’ to cheer the arrival at the Basin of the procession of canal boats at 3pm. But he soon went home as there was nothing to see. The boats, in fact, were still far away and very stuck. They had run aground in the Emsworth Channel while being towed by the Canal Company’s steam-tug ‘Egremont’ across Portsmouth Harbour. They never arrived that day. The only boats that did had spectators aboard, people hoping to watch the celebrations from the water. So it was for them that the bands played, the cannons fired, and the crowds cheered. In the evening there was a grand dinner at the Dolphin in West Street, costing a guinea a head, with the assembled diners enjoying roast venison from Goodwood, courtesy of the 5th Duke of Richmond.

In the early days there were high hopes for the canal’s success. It could bring heavy goods right into the city, such as coal for the new Gasworks, which meant that Chicheser became one of the first towns in England to be lit by gas, in 1823. And the canal provided a safe inland route from Portsmouth to the Bank of England in London, with regular cargoes of gold and silver bullion – as much as 40 tons per month being carried through nearby Hunston Junction, protected by an armed guard of Redcoats.

The opening of the full length of the Canal in 1823 was far more successful. Eight barges, loaded with goods, assembled at Ford. In the lead was the pleasure barge of the 3rd Earl of Egremont, a leading promoter of the canal, and it was followed by those of the mayors of Arundel and Guildford. At Hunston they were joined by an 80 ton schooner and five sloops. The whole procession was a mile long, and reached the Basin without mishap. As in 1822 there were cannons, bands and a dinner for the whole party, this time at the ‘Swan Inn’, East Street. Next day the barges went to Birdham, then were towed across the Harbour by steam barges to Langstone. A huge crowd of over 20,000 people cheered them up the Portsea Island Canal. This day ended with yet another dinner, at the George Inn, Portsmouth again roast venison, courtesy of the Earl of Egremont’s Petworth Park herd.

The subsequent story of the canal’s demise has often been told. In 1828 the Company had to admit that ‘many parts of the canal have fallen into decay’. It didn’t help that the canal’s clay bed had not been ‘puddled’ correctly, so it kept leaking. Competition came from coastal ships, and then from the railway, so much faster, from London to Chichester in 1846. In the following year the main length of the canal from Ford to Hunston was abandoned as a commercial failure. The fate of the Navigation was irrevocably sealed in 1864 when the railway from Barnham Junction to Bognor mercilessly cut through the canal. By 1888 the company was wound up. The final blow came in 1923 when the road crossings at Donnington and Birdham were filled in, the canal reduced to a small culvert under the road.

Today however is a time to celebrate the revival of the Canal’s fortunes. It is used for so many different leisure activities: fishing, rowing, canoeing, paddle-boarding, trip-boating, bird-watching, jogging, cycling, photography, even Dragon Boat racing. But for me the most invigorating and life-enhancing, way to enjoy the Canal is the simplest. I love to walk along the four miles of the towpath from the Basin to Salterns Lock at Birdham, where the canal reaches Chichester Harbour. I used to be a Canal Trust volunteer, working on ‘Boxer’, the barge which we filled with overgrowing bankside branches. It was such fun and I absolutely loved it, at least until my knees starting complaining.

During the long recent months of Lockdown so many locals have used the Canal to escape their worries, and enjoy the safety and serenity that the Canal has to offer. So the Canal Trust is keeping its fingers crossed for Saturday April 9th. Its Vice Chair, Catherine Cannon, who has been planning the bicentenary events, says ‘We are just hoping for good weather so that we have a big crowd at the Canal Basin. The Canal used to be called Chichester’s hidden secret, but no more. It is right up there as one of the city’s best attractions’. 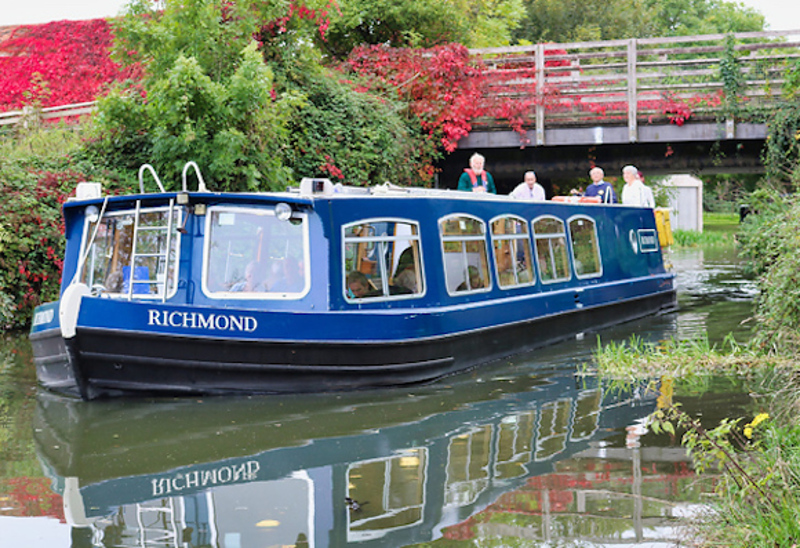