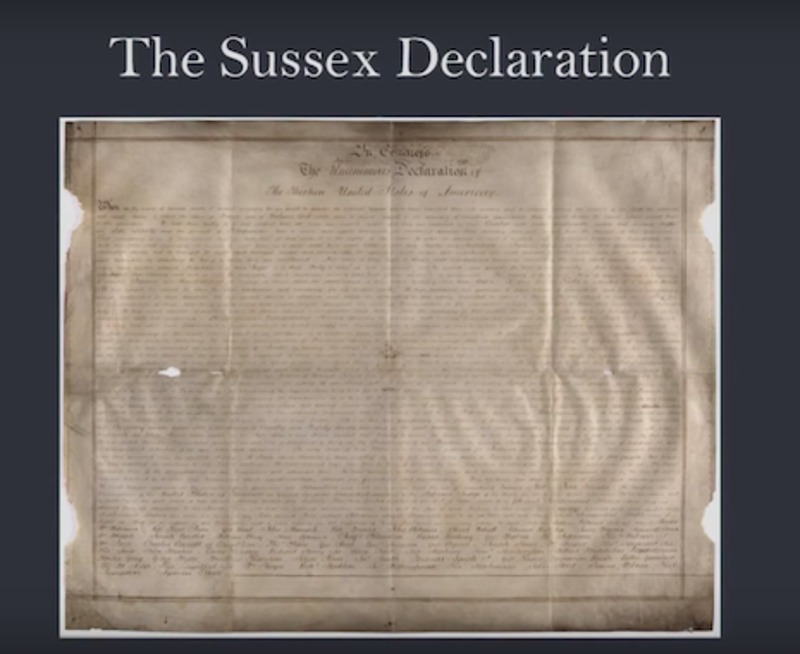 The recent visit of the Duke and Duchess of Sussex have highlighted the fact that Chichester is home to one of only two extant copies of the American Declaration of Independence. But why is it here? Research continues but it is believed that it was in the ownership of the 3rd Duke of Richmond, Charles Lennox who was nicknamed the “Radical Duke” because he was known to sympathize with the 13 colonies and the American Revolution.

Thomas Paine—who lived in Lewes, Sussex before migrating to America—worked under the administration of the Duke of Richmond and moved in similar political circles. Paine worked alongside James Wilson on behalf of the Bank of North America and historians believe that James Wilson, a founding father and Federalist who resided in Philadelphia, likely commissioned the “Sussex Declaration.”

“It was in that relationship that we believe there may have been a movement of the parchment manuscript in Philadelphia from Wilson through Paine to the Duke of Richmond,” the historians stated. In addition, they noted Paine’s well-documented role as a courier who connected politicians in America to those who sympathized with the cause in England and France. They also cited Paine’s many social connections to other political radicals in England and France as well as relatives of the Duke of Richmond.

“There’s still a lot more research to do, but this story between Paine and Richmond has come to light as a result of the discovery of this document as we continue to investigate how it found its way to England,”